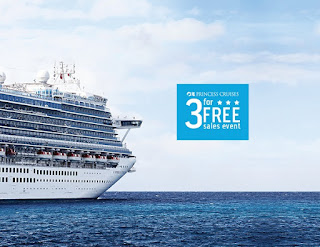 NTA CLARITA, Calif. (Sept 7, 2016) – Princess Cruises is a special deal during the “3 for Free” cruise sale for guests booking select six to 60-day Cruises or Land & Sea Vacations sailing from Summer 2017 to Spring 2018.

The “3 for Free” cruise sale includes:

In addition, the cruise sale features a low $100 per guest refundable deposit.
Read more »
Posted by Jim Fox at 10:27 PM No comments:

The most awarded modern luxury brand in Europe adds more sensational sailings to their iconic European lineup, and introduces new unforgettable onboard activities

MIAMI – September 06, 2016 – Gaze at the sapphire-blue waters of the Mediterranean; explore Europe’s most iconic cities; sample local, seasonal ingredients; and soak in the warm sun and breathtaking sunsets onboard a Celebrity Cruises ship.

The modern luxury cruise line, which has been named best cruise line in Europe*[i] for six consecutive years, has added more Mediterranean sailings for 2017, and is bringing distinct experiences to guests through a variety of new onboard activities and culinary indulgences.

In 2017, Celebrity will offer 40 unique itineraries in Europe, 109 Uniquely Celebrity Shore Excursions in the region, and 61 overnight stays in 19 different European cities. This is the Celebrity Distinction.
Read more »
Posted by Jim Fox at 11:43 PM No comments:

Two new 180,000-ton Carnival Cruise Line ships will be largest for the company and first in North America to run on liquefied natural gas 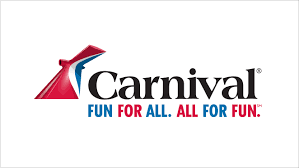 MIAMI (September 6, 2016) – As part of a new multi-ship order announced today by Carnival Corporation & plc, Carnival Cruise Line is scheduled to take delivery of two new 180,000 gross-registered-ton cruise ships in 2020 and 2022 which will be the largest in the fleet of the world’s most popular cruise line.

Both ships will be powered by Liquefied Natural Gas under Carnival Corp.’s exclusive “green cruising” design and will mark the first time an LNG-powered cruise ship is based in North America.
The two ships, with an approximate passenger capacity of 5,200 based on double occupancy, are being constructed by Finnish shipbuilder Meyer Turku at the company’s Turku, Finland shipyard.  The agreement represents a return to shipbuilding in Finland for Carnival Cruise Line for the first time in 12 years. The company has 12 ships in its current fleet that were constructed in Finland, including its eight Fantasy-class ships and four Spirit-class ships.
Read more »
Posted by Jim Fox at 11:39 PM No comments: