Canadians dance their way to glory on Holland America's Dancing with the Stars: At Sea finals

Canadians dominated as the hit TV show Dancing with the Stars took to the seas for the Champions Cruise in the Caribbean.
Brenton Mitchell of Halifax danced his way to victory, capturing the coveted Mirrorball Trophy during a week of intense competitions on Holland America Line’s ms Westerdam.
Ian Alldritt of Ottawa (Nepean) ended up in second place while Caroline Chan from Vancouver was the third Canadian among 15 finalists.
Dancing with the Stars: At Sea is one of several innovations Holland America has added to its entertainment lineup for cruisers.
Along with the B.B. King Blues Club, the ships have greatly enhanced their stage shows with professional singers and dancers in the showrooms at sea that have LED rear projection walls and state-of-the-art digital and laser technology and sound systems.
Back on the dance floor, the competitions were intense in the Vista Lounge with standing room only while a second showroom was opened for the overflow to watch the finals on video screens.
For the competitors – selected from cruise guests over the past year on the cruise line’s 15 ships – the Champions Cruise was no waltz in the park.

To celebrate Cunard Line’s 175th Anniversary and the storied Queens Grill and Princess Grill tradition, the company announces The Grills Inclusive Package, featuring an array of complimentary amenities, elevating what is already an unsurpassed level of elegance at sea aboard flagship Queen Mary 2, Queen Victoria and Queen Elizabeth.

The Grills Inclusive Package is available for bookings made from now through February 28, 2015.

Grills passengers will enjoy a number of complimentary services and amenities such as a wine package, Internet minutes, a keepsake photo, a specialty coffee card, gratuities and an alternative dining credit. Britannia guests will also have something to celebrate with a 175th Celebration Package offering complimentary Balcony upgrades and Onboard Credit.

MIAMI – Royal Caribbean Cruises Ltd. (NYSE/OSE: RCL) will retrofit 19 of its ships with advanced emissions purification (AEP) systems, underscoring its commitment to meet or exceed important environmental standards. These systems, also known as scrubbers, will remove more than 97% of the sulfur dioxide emissions generated by the ships' diesel engines.

The move will position RCL ahead of all forthcoming International Maritime Organization Emission Control Area emissions standards, and will ensure compliance with existing European Union standards.

Additionally, the decision to install AEP systems instead of switching to a fuel with a lower sulfur content will ensure that RCL's ships can be compliant everywhere they sail, as availability of lower-sulfur fuels is limited.

Royal Caribbean Cruises Ltd. has been involved in development, testing and planning for the use of AEP technology since 2010. Two newly built RCL ships that entered into service this year, Royal Caribbean International's Quantum of the Seas and TUI Cruises' Mein Schiff 3, were among the first cruise ships to be built with AEP systems installed during initial construction.

The sky's the limit on Norwegian Escape 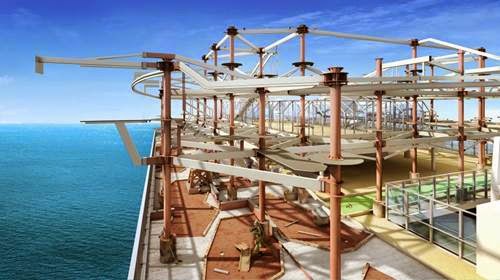 MIAMI – Norwegian Cruise Line’s largest ship ever, Norwegian Escape, will offer the most exhilarating and action-packed activities for families and thrill seekers alike when she sets sail from her homeport of Miami in November 2015.

The ship will feature the largest ropes course at sea, a three-story multiplex of heart-pounding challenges complete with two planks and five Sky Rails, zip tracks that allow guests to soar through the air.

Adding to the family fun, Norwegian Escape will also feature an expanded Kids’ Aqua Park; entertainment from Nickelodeon, the number-one entertainment brand for kids; along with the line’s first dedicated nursery for young cruisers two and under.

The float, themed “50 Years of Inspiring Travel” was awarded the prestigious Craftsman Trophy for Exceptional Achievement in Showmanship and Dramatic Impact. 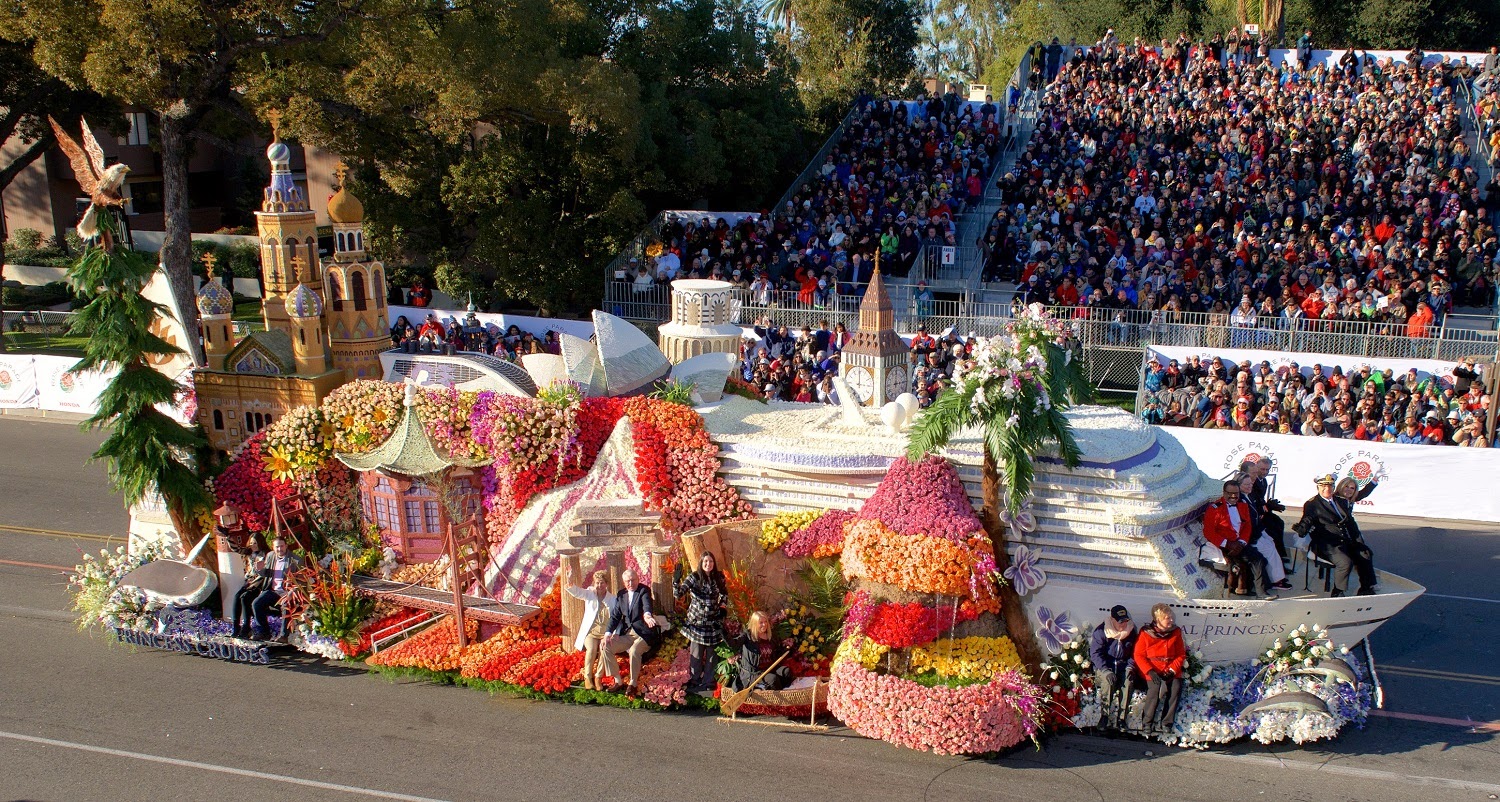 As a special feature, the six original cast members of The Love Boat television show rode on the ship’s bow and “cruised” down the five-and-a-half mile parade route.

In addition to paying tribute to the television show that made Princess Cruises one of the most famous names in cruising, the Rose Parade float depicted the line’s newest cruise ship Regal Princess symbolically sailing through the world’s fascinating destinations and iconic landmarks that guests have experienced with Princess for the past 50 years.