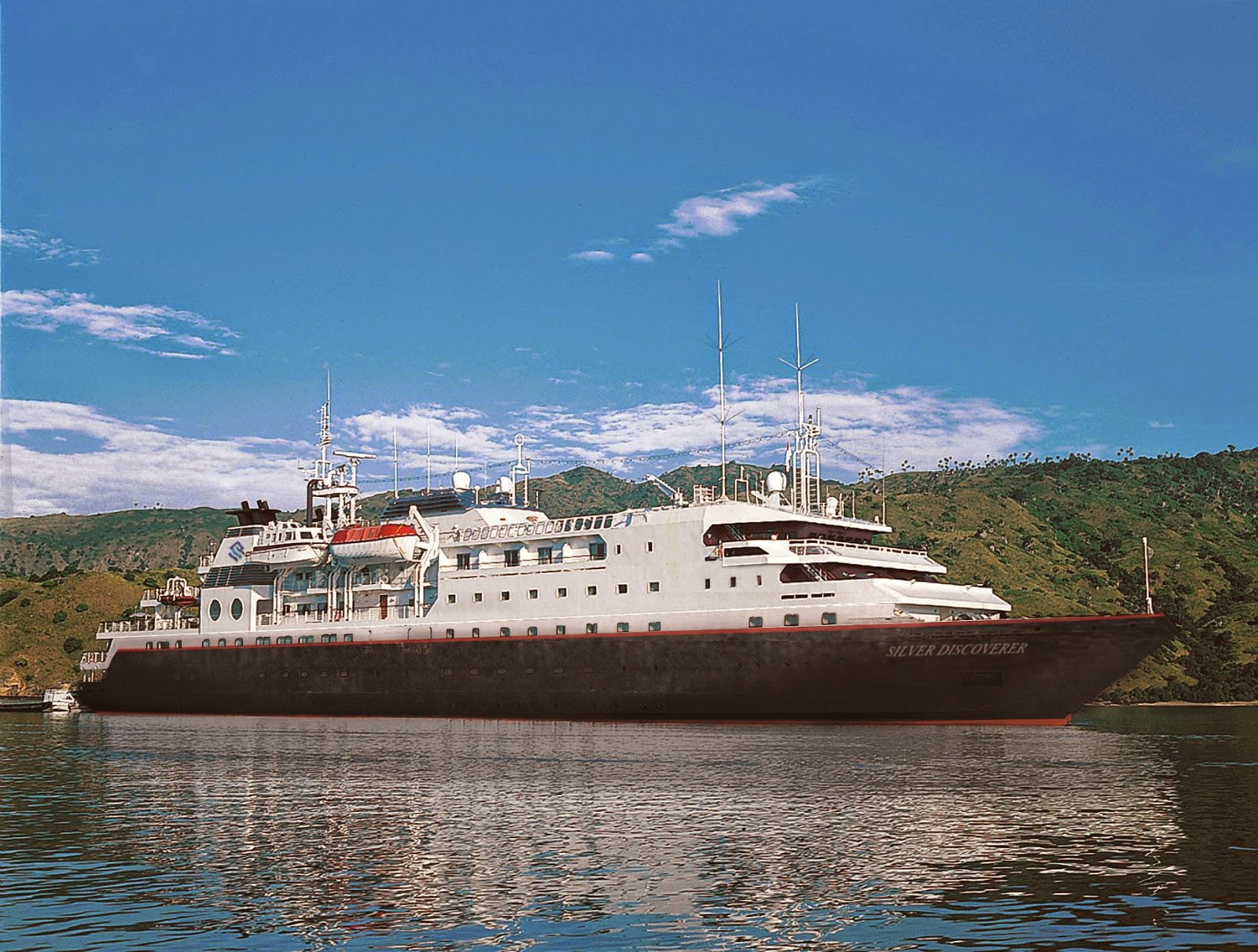 A traditional Chinese lion dance performance and bhangra folk dancers provided colorful local entertainment for the quayside event. Silversea's senior executive team and company chairman Manfredi Lefebvre d'Ovidio were on hand to welcome a guest list that included local dignitaries and members of the trade and media from around the world.

The cruise line’s Adventure of the Seas, which was originally announced to homeport at Southampton, U.K., is being exchanged for Explorer of the Seas, which will take over three- to 16-night, roundtrip itineraries from late-April through Sept. 2015.

Vacationers can choose among three- and eight-night Northern Europe itineraries, 11- to 16-night Mediterranean itineraries, or 10- to 14-night Madeira, Azores and Canary Islands itineraries. Adventure of the Seas will remain at San Juan, Puerto Rico, to sail seven-night Southern Caribbean cruises throughout the summer season.

Explorer of the Seas will complete an extensive, month-long drydock revitalization before starting seasonal service and boast a wide range of new innovative features to offer guests an unforgettable onboard experience.

“In 2015 Windstar’s fleet will be double its current size, which really enables us to expand our itinerary offerings. We offer our guests an outstanding opportunity to explore the hidden coves, renowned ports, and legendary landmarks of the world that others can’t reach,” said Hans Birkholz, Windstar Cruises’ chief executive officer. “Additionally our new Private Events really let our guests get up close and personal to the local culture with unique culinary and entertainment experiences.”

Dash to cruise savings on Norwegian

Guests who book a Norwegian cruise vacation from Tuesday, April 1, 2014 through Friday, April 4, 2014, can receive up to $250 per stateroom to spend on board (based on cruise length and stateroom category), free balcony upgrades, reduced deposits and an e-coupon worth more than $300 in on board savings. Air credits up to $1000, Military, AARP and Latitudes Rewards discounts also apply to select sailings.
Miami’s Ultimate Ship, Norwegian Getaway, sails seven-day cruises to the Eastern Caribbean from Miami, her year-round homeport. The line’s newest ship visits tropical ports of call including Philipsburg, St. Maarten; St. Thomas, U.S. Virgin Islands; and Nassau, Bahamas.
Read more »
Posted by Jim Fox at 6:02 PM No comments:

The cruise line today announced that Allure of the Seas, Oasis of the Seas, Freedom of the Seas and Serenade of the Seas will sail the Caribbean from convenient Florida homeports for the winter 2015-16 season, which are now open for sale.

The world’s largest and most innovative sister-ships Allure of the Seas and Oasis of the Seas will offer vacationers still-matched Caribbean cruises in the 2015-16 winter season. Both ships will homeport at Port Everglades in Fort Lauderdale, Fla. and alternate a seven-night Eastern and Western Caribbean itineraries. Eastern Caribbean ports of call include Nassau, The Bahamas, St. Thomas and St. Maarten, while Western Caribbean ports include Falmouth, Jamaica; Cozumel, Mexico; and Labadee, Royal Caribbean’s private beach paradise on the north coast of Haiti.

MIAMI (March 20, 2014) – Carnival Splendor will operate a series of two- to seven-day voyages, including a week-long cruise to Bermuda, from the Port of Norfolk in 2015.  The 3,006-passenger Carnival Splendor is the newest and largest “Fun Ship” ever to operate from the historic Virginia port.

Carnival Splendor’s Norfolk program will kick off in May 2015 and will encompass a wide range of itinerary choices, including:

Norwegians chase the sun with incentives

Guests who book a Bermuda, Caribbean or Bahamas & Florida cruise vacation from Monday, March 24, 2014 through Friday, March 28, 2014, can receive up to $100 per stateroom to spend on board, free balcony upgrades, reduced deposits and an e-coupon worth more than $300 in on board savings.

Star Legend & Star Breeze Introduction
Today, Windstar introduced Star Breeze and Star Legend, scheduled to join the Windstar fleet in May 2015. The yachts will spend their inaugural seasons in Europe, cruising new regions in Northern Europe, such as Iceland, as well as the Mediterranean.

SANTA CLARITA, Calif. (March 13, 2014) – The timeless cities of the Mediterranean, the splendor of Scandinavia and Russia plus the intriguing ports of the British Isles and the continent’s northern reaches, will take center stage during Princess Cruises’ 2015 Europe season.

Highlights of the just-announced season include growth in Northern Europe with the line’s newest sister ships, Regal Princess and Royal Princess, both deployed in the region for cruises to Scandinavia & Russia and the British Isles. Island Princess sails in Europe for the first time on the line’s Grand Mediterranean itinerary. Emerald Princess offers a fresh series of Mediterranean, Aegean and Black Sea voyages that can be combined, so passengers can customize their own 7-, 14-, 21-day or longer voyage.

Caribbean Princess returns to Southampton for a wide range of itineraries in Northern Europe and the Mediterranean, and Ocean Princess offers an intimate small-ship experience on a variety of Northern Europe routes including Iceland, Norway and the Baltic Sea. 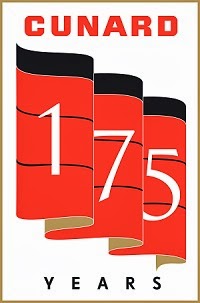 It includes 15 commemorative cruises and events that will pay homage to Cunard’s significant historical moments, as well as unique voyages in the Mediterranean and iconic adventures around the world that will satisfy any globetrotter’s wanderlust.

“We believe that our programme for 2015, our 175th anniversary year, is one of the best and most extensive Cunard has ever offered,” said David Dingle, CEO of Cunard Line.

“We have listened to our passengers and we will be visiting even more celebrated and iconic destinations along with less familiar but equally alluring places, and we’ll offer longer stays in port.”
Dingle continued, “Combined with our series of news-making celebratory cruises for our 175th anniversary, Cunard is the outstanding cruise choice for 2015 aboard the finest ships of their class.”
The 2015-2016 Voyages Programme goes on sale 8 April 2014, with Pre-Registration beginning 20 March 2014, 6:00 a.m. PT (9:00 a.m. ET). 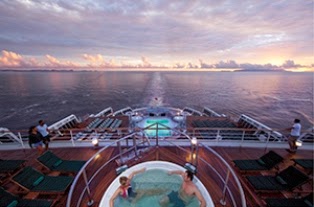 Construction Begins on the 99,500-Ton Flagship Due for Delivery in February 2016

Seattle, Wash., Feb. 5, 2014 — Holland America Line celebrated a significant construction milestone today as the first steel was cut for the as-yet-unnamed Pinnacle Class ship that is due for delivery in February 2016.

Stein Kruse, the company’s president and CEO, presided over the ceremony on February 4 at the Fincantieri shipyard in Marghera, Italy, where the vessel is being built. Antonio Quintano, director of Fincantieri’s Marghera shipyard, co-hosted the event.

The 99,500-ton ship is the first Pinnacle Class vessel for Holland America Line and the largest ever built for the line. The steel cutting follows an intensive period of design and development for the 2,648-passenger ship that will feature exciting new elements and innovations.

During the $30 million-dollar refurbishment, the ship will receive an extensive new Japanese bath area – making it the largest such bath experience at sea – as well as a new sushi restaurant, enhanced shopping areas, a revitalized Horizon Court, additional staterooms, new interior furnishings and finishes, fresh hull paint and exterior refurbishment, and contemporary and Asian-style touches.

The drydock, which begins today, will take place through April 2, 2014 at Sembawang shipyard in Singapore. Interested viewers can follow the drydock progress with regular photo updates offering a behind-the-scenes glimpse each day.

Boutique Canadian expedition cruise company Maple Leaf Adventures is including visits to the new Legacy Pole in Gwaii Haanas in its Haida Gwaii tours in 2014. The 42-foot, carved monumental pole is the first raised in 130 years in Gwaii Haanas, the protected southern third of Haida Gwaii.

Haida Gwaii (formerly known as The Queen Charlotte Islands), is an archipelago of approx. 150 islands, along the continental shelf, 70 miles from the British Columbia mainland, in Canada.

It is renowned for its Haida village sites, cathedral-like, ancient rainforests, its abundance of whales and seabirds, and its spectacular geography of mountains, islands and sea. The Haida, who have lived here so long that ancient, flooded settlements are being discovered under the sea, developed a spectacular monumental art and building style.

EXCLUSIVE, INDULGENT AND THE HEIGHT OF MODERN LUXURY

This will be fully introduced on Celebrity's state-of-the-art ships during April 2015. With exclusive new benefits including a suites-only restaurant, VIP lounge, complimentary premium beverages, plus more, the newly launched Suite Class is designed to create the ultimate luxurious experience. Guests will enjoy incredible service from the moment they arrive with their personal butler taking care of every detail. This is the only way to travel.

From the one-of-a-kind Reflection Suite, with its jaw-dropping ocean views and unique cantilevered shower, to the stylish Sky Suites, Celebrity's exceptional Suite Class experience is designed to set the standard in modern luxury vacations around the world.

“Autism Friendly” Certification Ensures Cruise Ships’ Services, Venues and Amenities are Accessible to Guests with Autism and other Developmental Disabilities

Shelton, CT  ̶̶   Autism on the Seas™ (AotS), the leading travel organization catering to vacationers with autism and other developmental disabilities, has announced the introduction of the travel industry’s first “Autism Friendly” Certification Standard & Training Program for cruise lines.

Royal Caribbean International is the first cruise line to receive certification from Autism on the Seas, thereby assisting with reasonable accommodations for inclusion and participation by guests with autism and developmental disabilities. Effective immediately, Royal Caribbean’s entire fleet is comprised of Bronze Level certified “Autism Friendly” ships.  The fleet is expected to achieve Silver Level certification by the end of 2014.

“Offering cruise lines a Standard that includes training for their staff to effectively accommodate the needs of the growing and underserved autism community marks a turning point in the travel and cruise industry,” says Mike Sobbell, founder and president of Autism on the Seas. 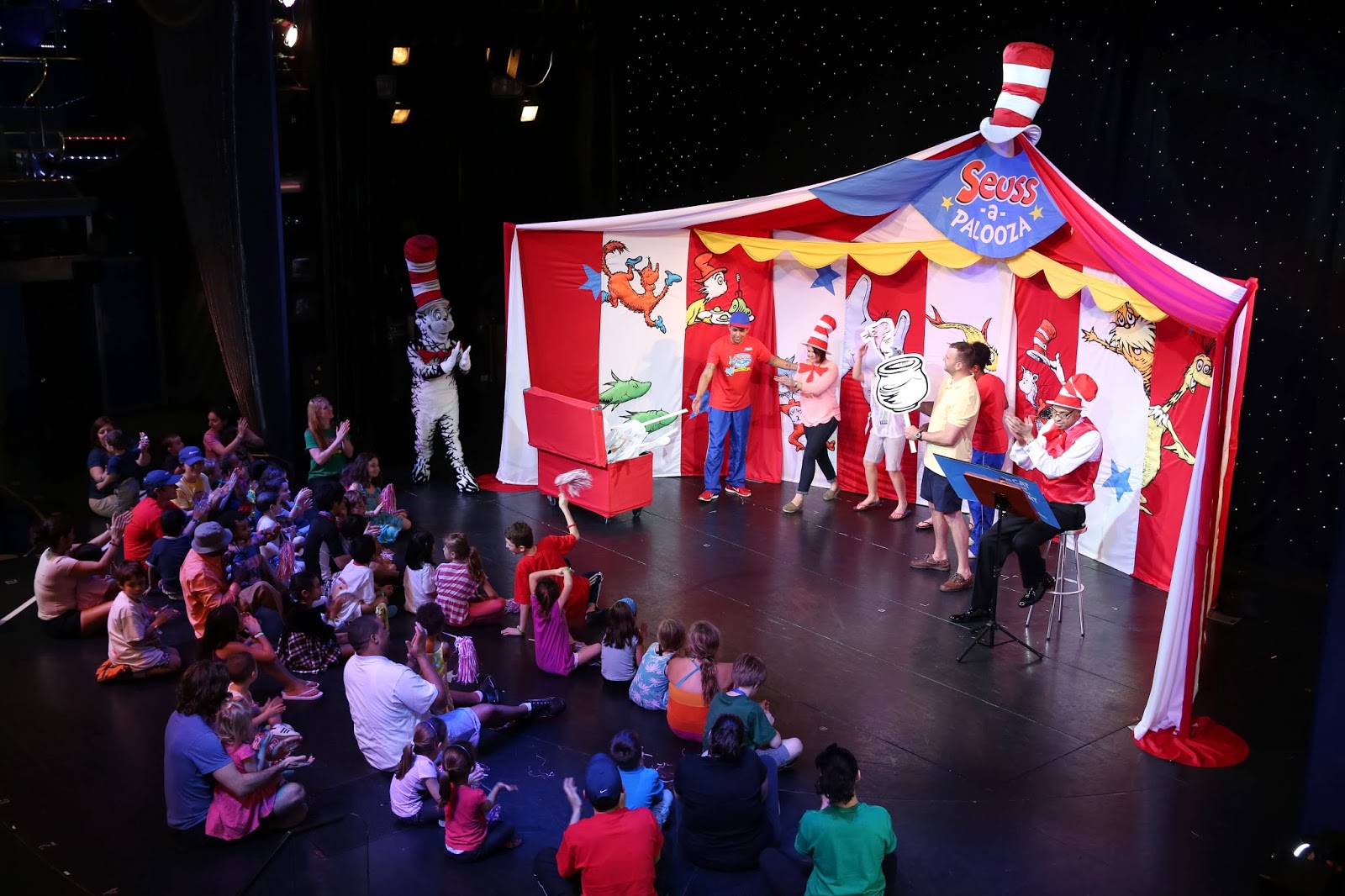 Green Eggs and Ham Breakfast with the Cat in the Hat and Friends,
Seuss-a-palooza Story Time Among Fun New Activities Held for the First Time

MIAMI (March 10, 2014) – Carnival Cruise Lines’ exclusive partnership with Dr. Seuss Enterprises kicked off in grand style on Carnival Splendor which became the first “Fun Ship” to offer Seuss at Sea, a fleetwide program featuring exciting youth, family, dining and entertainment experiences inspired by the amazing world and words of Dr. Seuss.
The fun-filled festivities included the first-ever Green Eggs and Ham Breakfast with the Cat in the Hat and Friends, where both the young and young at heart enjoyed deliciously playful food straight from Dr. Seuss’s imagination – green eggs and ham, colorful fruit and pancake stacks, funky French toast, as well as traditional breakfast favorites, all served by wait staff in Dr. Seuss-inspired uniforms.
Popular characters such as the Cat in the Hat, Thing One and Thing Two, and Sam-I-Am joined guests at their tables for fun interactions and one-of-a-kind photo opportunities.
Read more »
Posted by Jim Fox at 9:43 PM No comments:

In preparation for the three-month season of Alaska cruises, Disney Cruise Line worked with local tour operators to create family-friendly excursions that entertain and inspire both children and adults amid Alaska’s natural beauty and rich cultural heritage.
Read more »
Posted by Jim Fox at 5:55 PM No comments:

MIAMI, March 3, 2014 – Royal Caribbean International, the cruise line known for its award-winning family programming, is enticing vacationers to set sail in 2014 with a selection of enticing incentives.

From March 1 through 31, 2014, vacationers can choose from among three offers, including kids sailing for free, complimentary upgrades and 50 percent-reduced deposits aboard select ships sailing Australia, The Bahamas, Bermuda, Caribbean and Europe, departing May 1 through Dec. 15, 2014. For more details, please visit www.RoyalCaribbean.com/KidsSailFree.