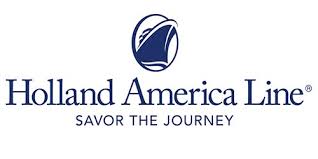 All 2020 Alaska, Europe and Canada/New England sailings and the fall Grand Africa Voyage are cancelled

Seattle, Wash., May 6, 2020 — With travel restrictions continuing for the near future due to global health concerns, Holland America Line has decided to extend its pause of global cruise operations and cancel all Alaska, Europe and Canada/New England cruises for 2020.

In addition, Amsterdam will not operate the 79-day Grand Africa Voyage from Boston, Massachusetts, to Fort Lauderdale, Florida, that was scheduled to depart on Oct. 3, 2020. Holland America Line had previously cancelled all 2020 Land+Sea Journeys, which combine an Alaska cruise with an overland tour to Denali and the Yukon.

“As we continue to navigate through these unprecedented and challenging times, the best decision right now is to extend our pause in cruise operations into the fall,” said Orlando Ashford, president of Holland America Line. “While this is very disappointing and we never want to let our guests down, as soon as it makes sense we will be back cruising again, giving our guests the memorable travel experiences they continue to dream about.”

SANTA CLARITA, Calif. (May 6, 2020) – Due to reduced air flight availability, the closure of cruise ports in regions around the world and other factors impacting international travel, Princess Cruises is extending its pause of global ship operations and has therefore made the extremely difficult decision to cancel select cruises through the end of the 2020 summer season, including the following cruises and associated cruisetours:
Read more »
Posted by Jim Fox at 4:41 PM No comments:

NEWS RELEASE
(In better days before the pandemic hit)

NASSAU, BAHAMAS (March 6, 2020) – During a special award ceremony held this morning at the LJM Maritime Academy in Nassau, Disney Cruise Line awarded scholarships to four female cadets to attend the maritime academy. The scholarships, one for each of the ships in the Disney Cruise Line fleet, include two years of study at LJM Maritime Academy and one year of service aboard a Disney ship.

“We’re proud to have women in prominent leadership roles across our fleet,” said Yvonne Sweeney, Disney Cruise Line vice president of human resources. “Disney Cruise Line is committed to inspiring future female leaders in the maritime industry and this scholarship program is one of many ways we’re delivering on this. It’s truly an honor to recognize these talented young women and make their dreams a reality.”
Read more »
Posted by Jim Fox at 4:25 PM No comments:

Pause in Service Extended, In Combination
with Gradual Schedule from Select Homeports

MIAMI, May 4, 2020 – Carnival Cruise Line advised guests and travel agents today of our plan to phase in a resumption in our North American service this summer, beginning on August 1 with a total of eight ships from Miami, Port Canaveral and Galveston.  In connection with this plan, our pause in operations will be extended in all other North American and Australian markets through August 31.

The key elements of this plan include:
Read more »
Posted by Jim Fox at 12:56 PM No comments:


MIAMI, May 4, 2020 – Carnival Cruise Line issued the following update to our news release today concerning a further delay of operations for most of our fleet until August 31.
Some of the media reports have not fully conveyed the contents of our previous media statement and why certain itineraries were not being cancelled.  Carnival reiterates that this is our current plan contingent on a number of factors.
Any resumption of cruise operations – whenever that may be – is fully dependent on our continued efforts in cooperation with federal, state, local and international government officials. In our continued support of public health efforts, any return to service will also include whatever enhanced operational protocols and social gathering guidelines that are in place at the time of the resumption of cruise operations.
We are committed to supporting all public health efforts to manage the COVID-19 situation and will continue to keep our guests, travel agent partners and other stakeholders informed.

“The health and safety of cruise passengers and crew is and remains the number one priority of CLIA and its member lines, which make up over 90% of ocean-going cruise capacity worldwide.

Given the evolving nature of the ongoing 2019-novel coronavirus outbreak—and based upon prevailing guidance from global health authorities, including the World Health Organization (WHO)—CLIA Members have adopted the following enhanced protocols for ocean-going guests and crew who have recently traveled from or through China, including Hong Kong and Macau.

For those hopelessly romantic, the cruise line famous for the “love boats” has just the thing this Valentine’s.

There will be a mass renewal of vows in ceremonies taking place simultaneously on the top deck of three Princess cruise ships.

They’ll try to set a Guinness World Record for the largest multi-location vow renewal.
“The overall goal to break the record on all three ships is 1,202 or more,” said publicist Gabby McNamara.
It’s part of what the line is calling the “most romantic cruises of the year,” featuring two Florida sailings and one from Los Angeles.
This idea started with the Regal Princess and the ceremony hosted by Loveboat TV’s Gavin MacLeod, who played Capt. Merrill Stubing, and show daughter Jill Whelan (Vicki) as matron of honour.
This is a seven-day, round-trip Western Caribbean voyage from Fort Lauderdale from Feb. 9 to 16, visiting Ocho Rios, Grand Cayman, Cozumel and the cruise line’s private, romantic beach, Princess Cays.
When word got out about the romantic getaway, it quickly sold out and Princess added a second sailing to Mexico.
That is on the Royal Princess with the first “Bachelorette” reality TV couple Trista and Ryan Sutter officiating.
Read more »
Posted by Jim Fox at 6:20 PM No comments:

Our global team is working tirelessly to continue supporting Diamond Princess guests and crew during this challenging time.

As onboard needs continue to evolve, here’s an update on our current priorities. We will continue to provide updates as they are available: https://bit.ly/2Hb8foN

Although we are facing many limitations and challenges, we are doing our best to deliver the ship’s most critical needs. We are also working to provide as much care and comfort as we can to everyone onboard. We hope these gestures will lift the spirits of those onboard in this difficult time. Further updates here: https://bit.ly/2Hb8foN

Because of the extraordinary circumstances onboard Diamond Princess, we will refund the full cruise fare for all guests including air travel, hotel, ground transportation, pre-paid shore excursions, gratuities, and other items. In addition, guests will not be charged for any onboard incidental charges during the additional time onboard. More information can be found here: https://bit.ly/37bUsJw

Westerdam is sailing for Laem Chabang (Bangkok), Thailand, where the current cruise that departed Feb. 1st will end on Thursday, February 13th.

Guests will be disembarking in Laem Chabang and transferring to Bangkok for their forward travel home. This new schedule has been communicated to guests on board. The cruise was previously scheduled to disembark Feb. 15th in Yokohama, Japan.


Following the disembarkation of guests, Westerdam will depart Laem Chabang. The Feb. 15th cruise scheduled to embark in Yokohama has been cancelled. No cancellations for cruises with departure dates beyond February 15th have been announced at this time. 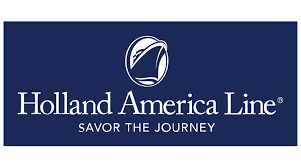 MS Westerdam with 2,000 on board has been blocked from docking in Japan over coronavirus travel issues

We know our guests have questions and concerns around Coronavirus and travel. To ensure you have the latest information, this page will be updated as needed with new details.

As of Feb. 7, 2020 (04:14 PM PST)
Westerdam is currently sailing on a southwesterly course off the coast of Taiwan to best position the ship for access to the potential port locations where we can disembark our guests.  We are evaluating several options and working with different governments for a swift resolution.

Guests on board continue to be safe and well cared for. The ship has sufficient fuel and food provisions to last until the end of the voyage. We are providing free internet and phone access for guests and crew to stay in contact with their loved ones.

The ship is not in quarantine and we have no reason to believe there are any cases of coronavirus on board despite media reports.
This is a very dynamic situation as we continue to manage around evolving and changing restrictions in the region. We sincerely thank our guests and crew on Westerdam — and their loved ones — for their patience during this extraordinary time.

Although we are facing many limitations and challenges, we are doing our best to deliver the ship’s most critical needs. We are also working to provide as much care and comfort as we can to everyone onboard. We hope these gestures will lift the spirits of those onboard in this difficult time.
Watch Video on YouTube
February 6, 2020 at 7:30 PM PT
Guest Experience on Diamond Princess
Our team on board Diamond Princess, supported by our shoreside colleagues, is actively working to care for our guests to ensure their comfort and well-being. These are such unusual circumstances so our team has activated new in-room entertainment offerings which include:
New Cases / Nationalities / Quarantine End Date 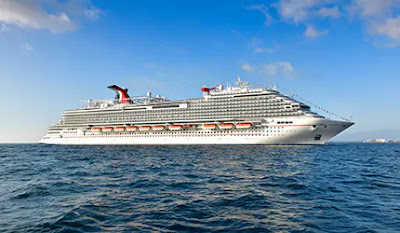 MIAMI  – After a successful debut in Long Beach, Calif. in December, Carnival Cruise Line revealed that Carnival Panorama features the largest retail collection in its fleet.
Among the new offerings is the line’s most expansive beauty footprint at sea with interactive hands-on events, mini-makeovers and beauty workshops such as smoky eye tutorials and contouring classes as well as a shop dedicated to the launch of the line’s reimagined and fashion-forward logo merchandise collection.
“We are thrilled to launch our most fun shopping experience in the fleet onboard Carnival Panorama. We’ve partnered with brands that our guests love and have introduced new brands that are sure to become Carnival fan favorites,” said William Butler, vice president of retail services for Carnival Cruise Line. “Our Panorama retail experience allows our guests to Choose Fun however they want whether it’s sporting a new beauty brand or fun designs from our new logo apparel assortment.”
At the new ‘Beauty Bar’ on Deck 5, beauty specialists guide guests as they indulge in the best makeover experiences at sea – perfect for a night on board or a special occasion. The Beauty Bar features an assortment of top skincare, cosmetics and fragrance brands including Urban Decay, Dior, Estée Lauder, and Clinique, among others.
Other onboard retail offerings include the largest Effy jewelry assortment in the fleet with exclusive Carnival Panorama pieces and a first-ever Carnival-branded inaugural collection; Carnival’s most expansive watch assortment with fine and fashion timepieces; terrific branded shop experiences with John Hardy and Swarovski; along with retail items connected to the Pixels Photo Gallery experience and shore excursions from Carnival Adventures.
Read more »
Posted by Jim Fox at 6:50 PM No comments: